Remember Battlefield 2042? Even if you did not like playing it, you must have known this game for plenty of gameplay issues. It was released broken and thus, gamers started to quit the game. The various bugs and non stop glitches made battlefield 2042 extremely bad. Players get irritated just after starting the game. There was a rumour that the game will now come to an end and the launchers will abandon it. But makers are still on to solve the issues and have finally come up with a solution.

DICE have sacrificed their other big projects just to fix the bugs and improve the Battlefield 2042 gaming experience. However, they mentioned it earlier that they will not give up and now they have kept their commitment. According to the sources, Battlefield 2042 is in a better state as the issue is fixed. 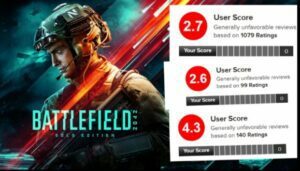 DICE came across the complaints of the players regarding the game. Thus, they worked day and night to come to a conclusion. Currently players are showing their satisfaction and sharing their experience after the fixes. Previously, the console players faced difficulty in shooting which was the main issue. Thus, they gathered together and used the social media platforms to share their issues individually. And surprisingly, DICE has paid attention to Battlefield 2042 players voices.

DICE wrote in their post, “First, thank you for flagging the issues you experienced with Aim Assist, and the additional information we’ve since collected from you which helped us investigate”. They continued they they have found the issue that was causing this behavior, and have a fix ready which is currently scheduled for the next game update. So fans, you need to wait till the update patch arrives. Hopefully, DICE will not let you down!