Home » Will Sly Cooper Games be Back on PlayStation? Reason Behind It’s Removal

“Sly Cooper has been wiped from PlayStation”. Yes, it is true! One of the first party studios of PlayStation l, Sucker Punch Productions have confirmed that, right now, they don’t have any such plan to bring back Sly Cooper. They said that currently they are busy with their other big upcoming projects.

The reason behind the removal of Sly Cooper is not out yet. However, plenty of rumours are there that people don’t want to believe. Moreover none of the other studios are ready to work on the ame. So, you can be sure about the fact that no Sly Cooper games is in development. Let’s read more about it in details.

All production studios are done with Sly Cooper?

The studios are nice with their words and said that they will never say no to its reopening but the situation is not in their favour. Looking at the scenario, there is no hope of Sly Cooper’s coming back to PlayStation. 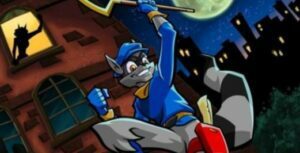 Since there were various rumours regarding the come back of Sly Cooper games, fans really believed that the game is under process and will arrive soon on PlayStation 4. But, the statements of Sucker Punch Productions and other studios made the possibility quite clear. Sucker Punch Productions made it specific by saying the following, ”We’re not ready to talk about whatever might be next, but we hope you’ll keep following us whenever we’re ready to share more.”