Home » AMD “Radeon RX 7000” with 2.7x times the performance of the previous generation

AMD held a press conference at the venue in Las Vegas, Nevada, USA on the 3rd (local time). The company’s executives, including the company’s chairman and CEO Lisa Su, took the stage and announced the new gaming GPU “Radeon RX 7000 series”. 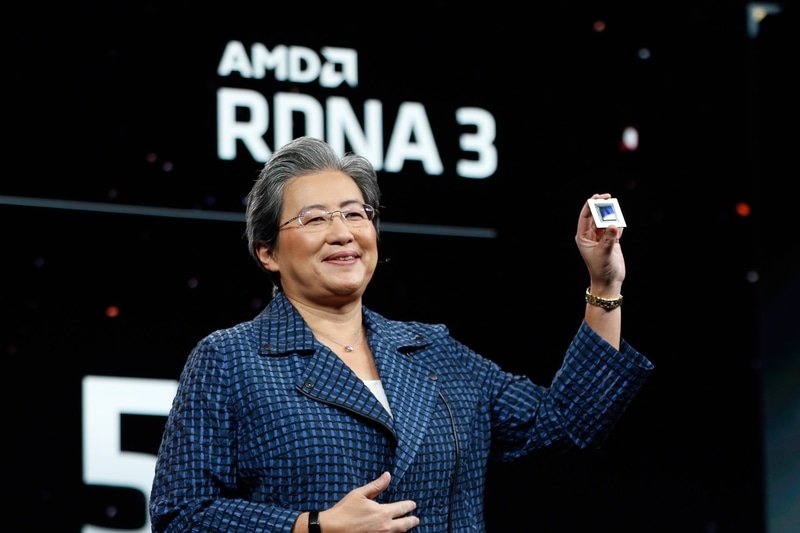 Radeon RX 7000 as a counter to NVIDIA’s new product

The Radeon RX 7000 series announced by AMD this time is a product called “Navi 3x” by AMD’s internal codename. In the past few years, the Radeon RX 5000 series, which became RDNA 1 (RDNA at the time of announcement), and the Radeon RX 6000 series, which evolved into the second generation RDNA architecture and was called by the development codename of Big Navi (or Navi 2). It will be a product on the extension line of the evolution of AMD GPU.

In September, rival NVIDIA announced the GeForce RTX 40 series that adopted the Ada Lovelace architecture, and the top product GeForce RTX 4090 has already been released. In such a change in the competitive environment, attention was focused on what kind of counter AMD would set up, but this Radeon RX 7000 series will be the answer.

RDNA 3 is the first GPU to use chiplets

However, multiple GPUs are not integrated, there is only one GPU die called GCD (Graphics Core Die), and 6 cache memories (2nd generation infinity cache) called MCD (Memory Cache Die) It is designed to be mounted on one. MCD and GCD are connected by a 64-bit bus. Until the previous RDNA 2nd generation, the infinity cache was integrated on the GPU die, which was exposed as an external chip. The GCDs (300 sq mm) are manufactured at 5 nm and the MCDs (37 sq mm each) are manufactured at 6 nm.

By using such a mechanism, a maximum bandwidth of 5.3 TB / s can be achieved in the case of a cache hit, which is 2.7 times the bandwidth of RDNA 2.

The RDNA 3 architecture has been reworked internally. AMD explains that one CU (Compute Unit) has a dual-issue SP (Streaming Processor) built-in, and doubles the IPC (Instruction Per Clock-cycle) compared to the previous generation. there is

In addition, two AI accelerators (2.7 times the throughput of the previous generation) and one RT engine (ray tracing accelerator, 2nd generation) are built in, and the RT engine supports a new instruction set, etc. 50% better performance.

Also, the enhancement of the display pipeline is also a big point, it supports DisplayPort 2.1, supports a throughput of 54Gbps, which is double that of the RDNA 2nd generation, and supports up to 4K 480Hz or 8K 166Hz.

The media engine has also been improved, with hardware support for AV1 encoders and decoders, and it is possible to encode and decode 8K60fps AV1 video. As for PCI Express, it will support up to Gen 4, which is the same as the conventional product.