“Pixel 7” and “Pixel 7 Pro” developed by Google will be released on October 13th. The Pixel series is hardware that integrates Google’s strengths in software and AI to provide new value. From the “Pixel 6” and “Pixel 6 Pro” released in 2021, the processor has become a uniquely designed “Tensor”, and the use of AI has advanced a step further. The camera function that leads computational photography and the transcription function including Japanese are becoming synonymous with this model.

The latest model Pixel 7 series adopts “Google Tensor G2” which is the second generation Tensor. Taking advantage of this processing power, new functions have been added to the camera and image processing, and face recognition using AI is also supported. In addition, the telephoto camera of Pixel 7 Pro has a magnification of 5x optical, and the super-resolution zoom combined with AI can be expanded up to 30x. I tried the Pixel 7 and 7 Pro before they were released. Here’s a review of the two models. 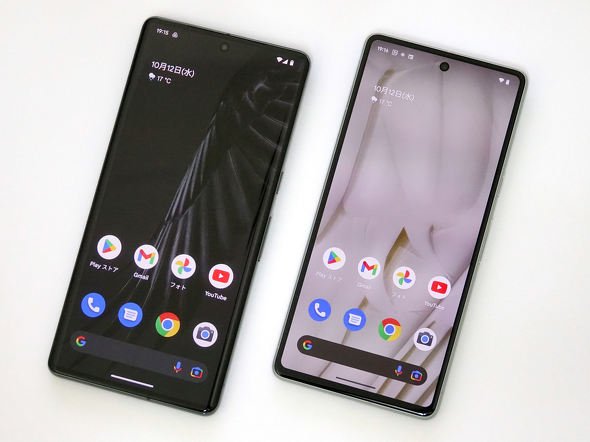 The design has been brushed up while following the predecessor, and the biometric authentication has greatly evolved

The Pixel 6 and 6 Pro have been redesigned and have a luxurious feel like a flagship model, but the latest models, Pixel 7 and 7 Pro, also follow that line. The “camera bar” that symbolizes the design of Pixel is still alive. The camera bar looks like the “eyes” of the terminal, but the Pixel 7 and 7 Pro have a metallic paint that enhances the sense of unity with the frame of the main unit. It is the same camera bar, but it can be said that the impression you receive is different.

In recent smartphones, all models have large sensors and lenses, and it is common for them to protrude from the thin body. The Pixel 7 and 7 Pro are no exception. On the other hand, the use of a camera bar makes it more stable when placed on a desk or table with the back facing down. It is a devised design that the camera part becomes an accent when the case is attached. If the camera stands out anyway, it should be emphasized further to make it the identity of the terminal – such a reversal idea is interesting.

On the front, the Pixel 7 has a flat display and the Pixel 7 Pro has a round display. Since the round display is curved on the left and right, it has the advantage of increasing the sense of immersion by making it difficult to see the frame, but on the other hand, it can be touched unintentionally during operation, leading to erroneous operation. Perhaps in response to these voices, the curve of Pixel 7 Pro became gentler. The 6.7-inch size makes it difficult to operate with one hand, but I get the impression that it is easier to operate than the Pixel 6 Pro.

Other than size and resolution, there is a difference in refresh rate, with Pixel 7 up to 90Hz and Pixel 7 Pro up to 120Hz. Also, the peak brightness is 1400 nits for Pixel 7 and 1500 nits for Pixel 7 Pro. The Pro is about 100 nits higher. However, these are only numerical differences. Both have a high response, including scrolling, and the operation is smooth. The brightness of the display is also sufficiently high, and I didn’t feel that there was a big difference between the two models.

The fingerprint sensor is integrated into the display, just like the Pixel 6 and 6 Pro. The weak point of this method is that it is not possible to identify the location by fumbling, unlike the sensors exposed on the side or back, but I felt that the authentication speed was faster than before. It depends on how the fingerprint is registered, so I can’t generalize, but the frequency of unlocking failures has decreased. In addition, the total usability has greatly improved due to the mechanism that facial recognition using machine learning supplements fingerprint authentication.

Pixel 7, 7 Pro’s face authentication is a mechanism that reads the face with the front camera. The principle is different from “Pixel 4” and “Pixel 4 XL”, which used infrared rays to scan the face in 3D. Although AI improves safety, it cannot be used for anything other than unlocking the screen. The face recognition UI (user interface) is excellent. In the standard setting, face recognition runs first when the screen is turned on. If the authentication is successful, an unlocked icon will be displayed at the position of the fingerprint sensor, and tapping it will bring up the home screen.

If face recognition fails, placing a finger on the same spot activates fingerprint recognition and unlocks. Regardless of the success or failure of face recognition, you can start using the terminal simply by placing your finger on the same place on the display. It can be said that it makes it difficult for users to understand which one was used by successfully linking face authentication and fingerprint authentication. The purpose for the user is to unlock the screen. Considering that, this UI is intuitive and easy to understand. It is highly commendable that the biometric authentication of the unpopular Pixel 6 and 6 Pro has been greatly improved in one generation.