Home » King’s Field: Everything You Must Know About The First Ever PlayStation RPG

Have you heard the names of these games- Elden Ring, Sekiro, Dark Soul? If yes, then you are probably the biggest fan of RPGs. These games are the core for everyone who call themselves a gamer. Well, many of you might be familiar with them but do you have any idea about King’s Field? Yes, King’s Field is the first ever playstation game in an RPG. You will get to know everything about the oldest King’s Field in this article. So, if you are curious to know more about it, read the article till the end.

Amazing facts about the first ever playstation game King’s Field 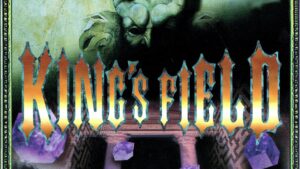 1. King’s Field is an RPG from From software. It was launched in the year 1994 for PlayStation. According to the sources, Japan was the first country in which King’s Field was released.

2. King’s Field has Jean Alread Forrester as the main character. He is a man who is roaming around in search of his lost father. There is a group of dungeons, through which the man’s father lost. The infestation is gets stopped by a Dragon in the game.

3. This game is somewhere similar to that of other FromSoftware games. So, people who have played FromSoftware games before will find it easy to play. King’s Field includes stamina bars, tools, equipment for loots, etc. One of the most popular loot is the Moonlight Sword.

5. Although the game is the oldest one but the difficulty level war unbelievable. The stamina bars made the game challenging like The Elder Scrolls- Arena. But, it is not surprising because From Software are known for creating such games that requires your skills and master gameplay.

Talking about the current generation, the young gamers might not feel like trying something which is about 3 decades old. But, King’s Field is a must play game regardless of the fact that it is the first ever RPG. If you have PlayStation 1 you must try out King’s Field and experience something new. FromSoftware King’s Field will never disappoint for sure.

For more such updates stay tuned with Gamingtechnologynews.com !…