Pepite Studios have launched their new game called the Peppy’s Adventure. It is a latest tile puzzle game, in which you have to control a bunny named Peppy. In this game, Peppy sets out to save its family members from foxes. This article contains everything you need to know about Peppy’s Adventure game before playing it. 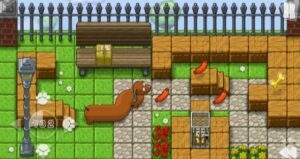 Peppy’s Adventure will give you the vibes of playing chess. Here also, you need to think about your moves to complete the puzzle. The evil foxes will be there to capture the bunny. A level will come where you have to eat the lettuce given as your meal, available on a premise. You have find them and eat. However, its not esy to find them as some of them are hidden inside locked doors and some have traps around them.

In case you make a mistake while playing, you will have to go 10 seconds back and start from there. Apart from this, players need to master the skills and gameplay technique in order to crack harder puzzles. 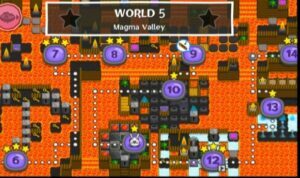 As the game proceeds, the foxes come into the role. These foxes will roam around, ready to catch you. So, you need to manipulate them and make them stand near water bodies. With each passing level, game becomes more difficult. The game brings different threats like ice, which makes you slide on it and lose some time. Then comes a world map that shows the locations of different levels. It will help you to find a terrain in the game.

Furthermore, there are boss fights in which solving the puzzle continues. It keeps the players under pressure throughout the game. 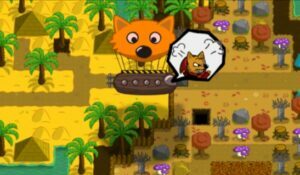 Since the boss fights take place in an airship, you have to extra careful. Staying at the same place for too long has a drawback. The airship will throw you up, so keep manipulating the foxes and use the ship’s shadow to complete the level.

Overall, the game is fun to play and it’s difficulty level increases with every new level. Winning this game depends on how much tim you took and for that you will win stars. Moving on the technical portion, so, some Peppy’s Adventure players are facing input error while moving fast. Apar from this glitch, the game is completely perfect and you should definitely try it out.

For more such updates stay tuned with Gamingtechnologynews.com !…